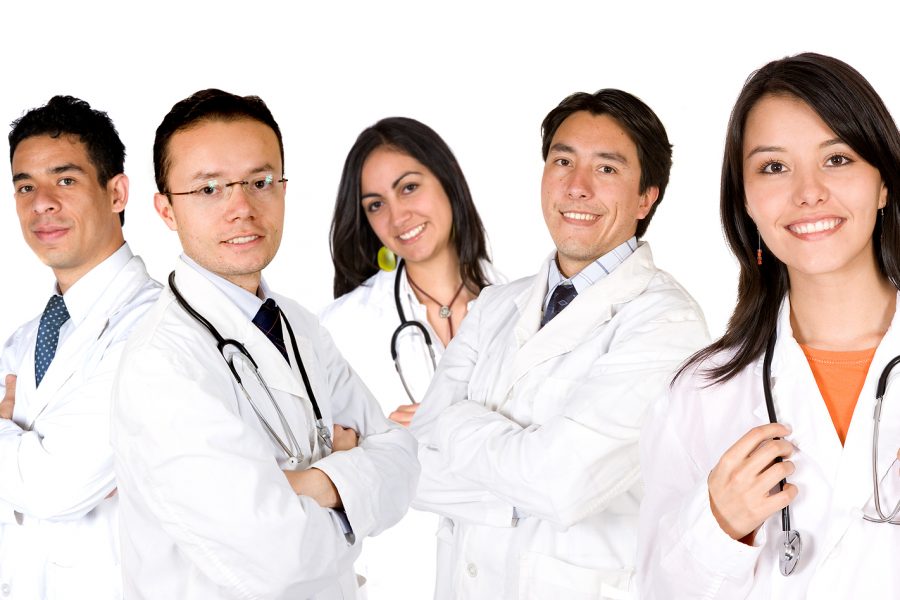 History of the Faculty of General Medicine 1-:

The history of the faculty starts from June 12, 1930. The People’s Commissars of USSR adopted a decree on the formation of the Donetsk Medical Institute.

In July 1930 a competition was announced to fill the posts of heads of departments and faculty.One of the first institute to work came from the city of Odessa, Professor Nikolai Dovgyallo, who became dean at that time of the only faculty of general medicine (1930-1934 ). November 28, 1930 hosted the first lecture delivered in a solemn ceremony by Professor Nikolai Dovgyallo.

A great achievement of the faculty of general medicine of Donetsk medical institute was the first degree award ceremony for physicians which held in February 1936. Faculty has awarded the degree to 161 students. Those all students completed the medicine from Donetsk medical Institute. By the same year in 1936 the second batch of Doctors has been awarded with the degree. At that time under faculty of general medicine were working 33 departments, employing 23 professors, 34 associate professors and 24 assistants.

In the Second world war when Germany attacked the Soviet Union and violated a peaceful life.Summer examination session at Donetsk medical institute was interrupted by the war. More than three hundred graduates after the date of the last state examination came to the military enlistment office with a request to send them to the war front. oluntarily went to the war to fight for their country.Among them were doctors, professors and some popular names like V.M. Bogoslavskaya, R.V. Bogoslavskaya, G.P. Kondratenko, and many others. Many professors and graduates worked as leading medical experts in World War II at hospitals: P. Rajewski, A.B. Sigalov, J.D. Dmitruk, J.M. Landau, B.S. Agte, Z.I. Stukalo, E.K. Mogilev, B.A. kuznetsov, F.M. Osipov and many other doctors and Professors.

Professor I.D. Jonah became a major specialist of infectious diseases during the war for the Soviet Army (killed in May 1945).

Many students, doctors and professors of Donetsk medical institute proved themselves the fearless patriots who find themselves behind enemy lines. Head of the Department of Inorganic Chemistry, R.N. Holovaty commanded the partisan detachment in the Donetsk region, Associate Professor of Organic Chemistry J. M. Fomichev acted as part of a guerrilla group in the Dnipropetrovsk region, third year student A. Vassiliev has helped 243 prisoners escape from a concentration camp in Donetsk. D.M. Fomichev and A. Vasiliev had been shooted by the Germans. While in captivity, military doctor Alexander Vorobyov provided medical aid to the wounded and sick, organized shoots.

Two weeks after the liberation of the city, September 8, 1943, the Donetsk medical Institute has started registration of students who interrupted their studies in 1941 due to war and in December 1943 Donetsk medical institute recruited 200 students for new session and their classes has been started.

In the 1945-1946 academic year, at the departments of Donetsk medical institute were working 126 teachers, among them 14 professors, 22 associate professors and candidates of medical sciences.

In 1992 the faculty of general medicine of Donetsk state medical university was divided into first and second medical faculty.

Training of physicians is conducted under the guidance of experienced teachers, doctors and candidates of medical sciences. Teaching is carried out according to modern standards of higher educational establishments. The main goal of the faculty is to prepare qualified physicians for the world, who perfectly knows their business with high fundamentals and training.

In the under graduate program, during six years of study the students learn different subjects from fundamental subjects disciplines to special medical subjects.

This is an exciting time in medicine as we look forward to developing new avenues in health care excellence. The practice of medicine remains one of the most satisfying of all professions and we believe that the Donetsk National Medical University (Mariupol Campus) is an ideal place to earn your medical education.

We believe students are enrolling in Donetsk National Medical University (Mariupol Campus) for the right reasons-they want to provide care for people and they feel that as physicians they can make a difference in their communities. For that reason, We have great faith that health care delivery in our nation has a bright future.

The Donetsk National Medical University (Mariupol Campus) is known nationally for its many innovative teaching, clinical training and research programs. Our award-winning faculty members constantly strive for innovation and excellence in the classroom, the laboratory and the clinic. Because the class size is relatively small, our faculty members get to know each student. It is one thing to say the University has terrific people and programs and another to prove it.

All graduates are employed after graduation in the field that is not only a confirmation of the high ranking of DNMU, but also high rank of the qualified professors and purposeful work of his students.

Foreigners learn in group of 10-12 students along with local students. The second year students attend their clinical studies where they can gain experience in nursing the patients. Clinical subjects are taught beginning from the third year of study. Students can study any topic of interest and to raise their of knowledge in the departments. All six years of the program are important and all must be passed successfully before students are permitted to graduate.

The Ministry of education and Ministry of Public health, Ukraine approved the curriculum of the medical faculty. Almost all the countries of the world accepts the degree of Donetsk National Medical University.

The state final examinations on all the disciplines according to the syllabus are held within one system through 2 stages:

– testing practical proficiency of final-year students (when exams on clinical disciplines are taken, testing takes place at the

The successful students who will complete study of five years, then on graduation work for another year under probation in order to gain general registration. There is a wide range of specializations available in the public and private sectors, involving research, academic medicine, public health, clinical medicine and other areas. Specialties include Cardiology, Oncology, Pediatrics, Psychological Medicine, Surgery, Pathology, Public Health, General Practice and many others. Most doctors complete postgraduate training in their chosen specialty.