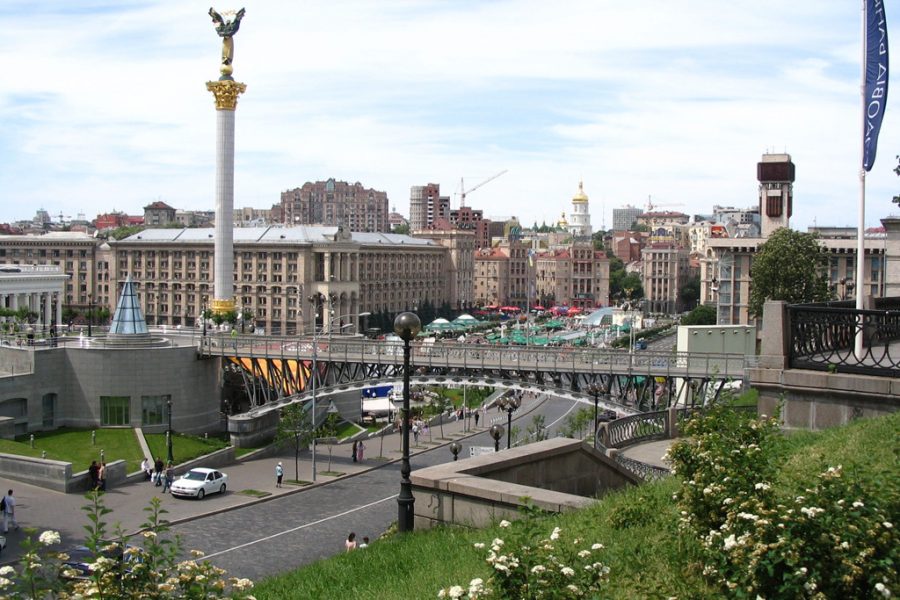 Ukraine is the largest country in Europe (after European part of Russia). Ukraine is a country with more than a thousand years of history and traditions that originate in antiquity.

Ukraine is member to numerous world and regional international bodies, including United Nations (UN), OSCE, the Council of Europe, EU Energy Community, the GUAM and the Commonwealth of Independent States (CIS). The country is currently taking steps to accede to EU and NATO, and has special partnership with both organizations.

Ukraine obtained a market economy status from both the USA and the EU and has also joined the World Trade Organization (WTO). Foreign direct investment (FDI) has continued to flow in, although in a relatively low volume.

On 27 June 2014, the EU-Ukraine Association Agreement was signed by European Union Heads of State and Government and Ukrainian President Petro Poroshenko in Brussels. The key parts focus on support to core reforms, economic recovery and growth, and governance and sector cooperation in areas such as energy, transport and environment protection, industrial cooperation, social development and protection, equal rights, consumer protection, education, youth, and cultural cooperation. Also it includes a Deep and Comprehensive Free Trade Area with EU – this will go further than classic free trade areas, as it will both open up markets but also address competitiveness issues and the steps needed to meet EU standards and trade on EU markets.

The medieval state of Kievan Rus was established in the 9th century as the first historically recorded East Slavic state. It emerged as a powerful nation in the Middle Ages but disintegrated in the 12th century. By the middle of the 14th century, Ukrainian territories were under the rule of three external powers—the Golden Horde, the Grand Duchy of Lithuania, and the Kingdom of Poland. After the Great Northern War (1700–1721), Ukraine was divided among a number of regional powers. By the 19th century, the largest part of Ukraine was integrated into the Russian Empire, with the rest under Austro-Hungarian control.

A period of incessant warfare ensued, with establishment of internationally recognized independent Ukrainian People’s Republic in 1917. Then Soviet intervention followed, which resulted in Soviet rule for more than 70 years. After 1939 invasion of Poland by Nazi Germany and Soviet Union, the Ukrainian SSR’s territory was enlarged westward. In 1954 it expanded to the south with the Crimea transfer. In 1945, the Ukrainian SSR became one of the founding members of the United Nations.

Ukraine became independent again when the Soviet Union dissolved in 1991. This dissolution started a period of transition to a market economy, in which Ukraine suffered an eight-year recession. Since then, however, the economy has benefited by a steady increase in GDP growth. Ukraine was impacted by the worldwide economic crisis in 2008 and the economy plunged. GDP fell 20% from spring 2008 to spring 2009, then leveled off as analysts compared the magnitude of the downturn to the worst years of economic depression during the early 1990s. The country remains a globally important market and, as of 2012, is the world’s sixth-largest grain exporter.

Ukraine has a very well-developed higher education system. Higher education is provided by higher education establishments, private bodies and scientific and methodological facilities of the government. This system also encompasses post-graduate programs and Ph.D’s as well as self-education. The levels of accreditation depend on the Higher Education Institutes’ status. Level one includes vocational schools and the like who train junior specialists. Level two are colleges and similar organizations who teach bachelors. Level three is made up of universities, institutes,academiesand conservatories which provide education for bachelors and specialists. Level four includes universities, conservatories, institutes and academies which educate bachelors, specialists and masters.

It is evident that the system of education in Ukraine has been well-developed and opportunities exist for the entire population, even those living in the rural areas

The universities offer three main degrees: a four-year of studies Bachelor Degree, a five-year Specialist Degree, which is traditional for the post-Soviet states, and finally, the western-type Master Degree, which is also conferred upon a student after either 5 or 6 years of studies. Although, study- and time-wise Specialist Degree is a full equivalent to the western Master’s. There are certain degrees, such as medical and engineering, which require longer years of studies in order to receive appropriate qualification.

Most universities in Ukraine offer classes in Ukrainian language (except for the professional language schools), however there are number of programs offered in English

1.The geographical centre of Europe is situated in the territory of Ukraine, not far fromthe city of Rakhovin Zakarpattia region.

2.The grave of the founding rabbi of Hassidism, situated nearUman’, is a pilgrimage site for Hasidic Jews.

3.The first state constitution in Europewas created by a Ukrainian politician Pylyp Orlyk. On April 5th, 1710 he was elected the Hetman of Zaporozhye troops. On the same day Pylyp Orlyk has announced “the Constitution of the rights and freedoms of Zaporizhye army”. For example, U.S. Constitution was adopted in 1787 and French and Polish in 1791.

4.The first computer in continental Europe was built in Kiev under the supervision of thescholar Sergey Lebedevand well-known scientist Victor Glushkovin 1950.

5.AN-225 “Mria”(from Ukrainian – “a dream”) is today the biggest and the heaviest aircraftwith the highest cargo capacity in the World. This unique cargo plane was constructed in the 1980′s by the Antonov’s Development Laboratory (Kiev, Ukraine). Its length is 84 m, height – 18 m, total cargo capacity – 250 tons.

6.Ukraine contains around 5% of the world’s mineral resources.

7.More than 12 million foreign tourists visit Ukraine each year, to see theCarpathian Mountains, the coastline of the Black Sea, the Dnieper River,vine yards,ruins of ancient cities and castles;ancient churches, cathedrals, and monasteries; world-class opera and ballet, and more.

8.Ukraine has the World’s 5th largest and fastest growing IT outsourcing services market in the World, with revenues in 2011 expected to reach $1 billion.

10.The horsewas first domesticated on the territory of Ukraine.

Climate: moderately continental, except for Southern Crimea, where the climate is subtropical, of the Mediterranean type. The Carpathian climate is also mild, with warm winter and rainy summer.